Women IROs, the struggle to make a difference in a male-dominated industry.

Women IROs, the struggle to make a difference in a male-dominated industry.

Real estate (RE) is considered a male-centric arena. However,  the number of females in the 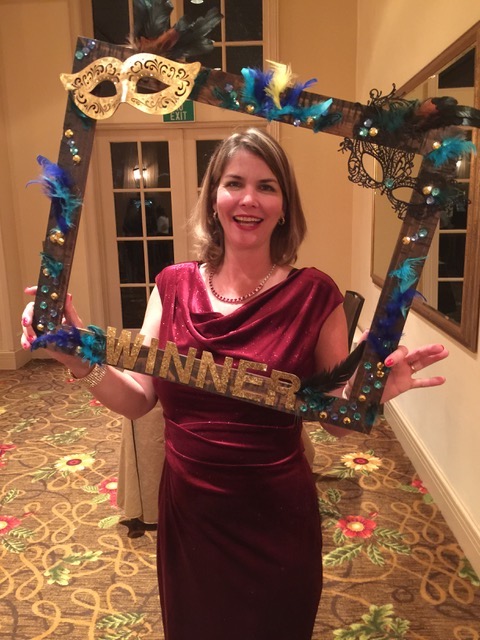 industry has gained momentum throughout the years.

According to a study conducted by Center for Women’s Business Research, Women-owned businesses generate about $3 trillion in revenue and employ 16 percent of the workforce, making them significant players in the national economy.

Meet one of the pioneering women breaking the mold. Kelley Simmonds is an Independent Rental Owner (IRO) who syndicated a 55 unit distressed MF property, transformed the complex by building a better community, her investors obtained 100% return and receive 12% on original investment!

Before Kelley got involved in RE, she was an IT specialist. Unfortunately, the corporate world doesn’t acknowledge women’s contributions nor groom them to succeed at the highest levels – be it gender discrimination or unsupportive policies that reprimand women who put family first to care for children.

Kelley has three beautiful, caring and fun children and a loving husband too (see I included you Chip); their youngest with special needs.

Their son had numerous medical concerns that took precedence over a job. But, the company gave her an ultimatum: demotion or termination.

I was able to get over my fear through education, extended amount of research about the property I purchased and networking with other IROs through the apartment association as well as other organizations. When going through major checkpoints, I ask a colleague to look at my strategy to get a second pair of eyes on it.

One of my biggest hurdles was getting my name out there. I remember when I was just starting to network with potential investors and I would be overlooked because many investors thought I was supporting my husband. I actually started bringing my husband to networking events so when an investor would approach him, he would just say that he is the W-2 guy yet his wife is the one they want to talk to. Once they got to know that I was a syndicator, they began to gravitate towards me.

3 years ago, there were several guys that ran numbers on my current property and could not make the deal work. There was plenty of deferred maintenance. The poor residents lived in squalor with no hope for change. I purchased the property back in 2016 and it was a beast. My team and I worked tirelessly for 15 months. It was intimidating at times yet I kept pushing forward and now I can confidently say it is worth more than double than what I bought it for.

I love being able to control the balance of life and work. As a mother, I have 2 daughters and 1 son whom has Downs Syndrome. Due to having a son with special needs, a good portion of my time is allocated to the plethora of doctors/therapist appointments.. Before I became a full time entrepreneur, I worked 60 hours a week and I had very limited time. My time was mostly focused on the health of my son. Unfortunately, my time was limited when spending time with my girls. Being an entrepreneur/IRO, it gives me the freedom to spend time with each of my kids after school, address medical needs and allow for additional time for excursions during the summer. When they are in school, I love to learn more about the industry, network with like minded people and grow the business.

As women, we need to go out there, be professional, and let people know we are the leaders and entrepreneurs. In my experience, majority of the time people misinterpret my role and assume that I there supporting my husband as an assistant perhaps. Once they realize that I am the one in charge, they fall right in line. Every now and then, I come across people that want to keep the gender gap going. I chalk that up to ignorance because business is business and I will not engage working with them in the future. There is really not a need to make an issue out of it; I just move on. I know I am going to be successful; I do not need their validation and I do not need their services to move to the next level.

Always be professional. If you are having an issue with someone due to gender roles, disengage them and move on. No need to make a fuss about it, they have their own issues of insecurity.

Stay organized; it will definitely help you throughout your career.

Sometimes women are our own worst enemy because we turn on each other. Never tear down another woman. We may not always agree or even like each other, but this is the time to build each other up. Success is there for us all to obtain. Wouldn't it be more fun together?

My final thought is surround yourself with a team of people that is smarter than you. It is not required to be an expert in every area yet have enough knowledge, be able to discuss information and make the final decision.

Powerful words and action from SAAA Independent Rental Owner IRO of the Year for 2018!

Women IROs, How one homeschool mom became an entrepreneur…and tripled her net worth! June 21, 2019 DANGERS OF SHORT TERM RENTALS and MORE FAIR HOUSING: A VIEW TOWARD THE HORIZONSeptember 13, 2018