Committed to serve the local apartment and rental housing industry. 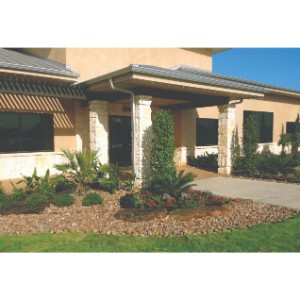 The San Antonio Apartment Association (SAAA) is a non-profit trade association composed of diverse groups representing and serving the multi-family and rental housing industry whose purpose is to participate in the legislative process, promote professionalism through education, provide a means of communication to our members and support the surrounding communities.

We are comprised of over 1500 Property Owners, Management Companies and Multi-family Communities representing over 225,000 rental units. Our membership includes over 350 supplier companies providing products and services to our industry.

We moved into our building in January 2009 which was built with education and permanence in mind. The Barbara C. MacManus Professional Development Center can house up to 110 attendees. We are located across from Bamberger Way Nature Park between Hausman and De Zavala, near UTSA. Our hours of operation are Monday - Friday 8:30 a.m. - 5:00 p.m.

ADA Compliance Statement: The San Antonio Apartment Association, Inc. ("SAAA"), is committed to upholding the standards of, and strictly complying with, the Americans with Disabilities Act (the "ADA"). It is the policy of SAAA to allow Service Dogs and Service Miniature Horses to accompany the person for whom the animal is providing a service in the areas of public accommodation at the office of SAAA and at SAAA events, programs and classes.

The San Antonio Apartment Association educates, communicates and advocates for professionals in the rental housing industry.

A future where rental housing is a valuable partner in every community, where everyone has a home.

The San Antonio Apartment Association was founded in 1964.

Is Your Company a Member?